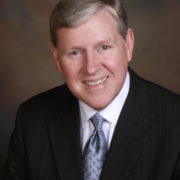 I was honored to have had the opportunity to work with former Texas Supreme Court Justice Craig Enoch recently on the Mesa Petroleum Partners case, which resulted in a $117 million judgment plus interest for our client, T. Boone Pickens.

I sat down with Justice Enoch to ask about his insights into trial and appellate practice based on his decades of experience as a trial judge, court of appeals chief justice, and Supreme Court justice – as well as an advocate at his own law firm. Not only did he share inside knowledge about how judges view cases, he gave me a tip about new trial motions that not many trial lawyers know.

What are some things you wish trial lawyers would do differently, or focus on, based on your experience as a district court judge?

One thing that really struck me was that while trial lawyers focus on telling a story and making sure the evidence is consistent with the story, they lose sight of the fact that arguing the law to the judge is a different task altogether. As a judge, you’re supposed to set aside your biases and prejudices, and I think trial lawyers are so intent on the importance of the facts that they lose sight of taking a different tone with the judge. They need to present legal arguments to the judge in such a way that an impartial reviewer would agree with their legal position.

Sometimes trial lawyers say, “Judges are people too, so we need to maintain the same story to the judge.”

Certainly, judges are human beings, but they understand their role in setting aside the emotional aspects of a case. So, you want to respect that role of the judge. Yes, you want to tell your story, but the judge will want you to respect that he’s to be seen as the impartial arbiter of what the interpretation of the law will be. Yes, there may be compelling reasons the facts should be found in your favor, but meet the judge’s expectations that you’ll be addressing him or her as the impartial arbiter of the law. Take an analytical, reasoned approach.

It requires experience as well as reason and rational thought. It’s not inconsistent with emotional appeal, but you want the judge to know you know the difference.

What observations do you want trial lawyers to know when they argue a case before the Texas Supreme Court?

Number one, can you synthesize your case to a legal principle that not only says you win but is also a legal principle that the court should pronounce? Or can you identify an issue that resolves the case in your favor, and requires the court’s attention because it either would settle a conflict among the courts of appeals or present a case of first impression? You try to find something in your case that not only resolves the case in your favor but that the court can use to pronounce a rule that other courts can follow. Second, I have seen well-respected appellate attorneys argue extensively about whether the Supreme Court has jurisdiction.

Lawyers arguing before the Supreme Court should also know that it is exponentially more difficult to get to a majority opinion on the Texas Supreme Court, where a justice has to get four other justices to agree, than it is on the court of appeals, where a judge only has to get one other judge on the 3-person panel to agree with them. So, it should not be surprising when people find that a Supreme Court opinion looks different than a Court of Appeals opinion. It’s a different analysis by far because there are more minds working on it.

You’re a litigator now. When you get involved, what is the first question you ask about a case?

When I meet with a client, the first thing I say is “Tell me about yourself. What do you do?” I want to get familiar with the client and their business. I want to get familiar with them and get a sense of who they are. I try to only ask a question if something isn’t clear. When we’re done, I’ve got their whole story down. At some point, after we’ve had a conversation about what they say happened and whatever questions I have about what they say happened, I want to know what is the thing that they really want. I can tell them what they might be able to get, but I think it’s very important for me to know what they really want out of this. It is certainly a key question.

I’m amazed at how it really warms up the room when they think there’s somebody who cares about how their business works. They’re proud of their business and they want to talk about it. And it helps me strategize for the case when I get down to “What do you want?” If I understand their business, I can come in with “What about this instead?”

Do you get involved at the trial court level or after?

I’m asked to do both. My firm does some routine commercial litigation, but more often than not, we get involved when people sense there are important legal questions and we get called on to argue those. The trial lawyers are really comfortable with the facts and convincing the fact-finder of the weight and preponderance of the evidence, but many are less comfortable arguing the legal questions. In the trial court, when we get involved, it’s because the lawyers have sensed there’s going to be an important legal question resolved.

When is ideal time to involve an appellate lawyer?

Earlier rather than later. The value is mostly in having a team together. The more minds working on it, the more likely you’ll have covered all the bases and the less likely the other side will spring something on you.

Getting up to speed is probably the best reason you want your appellate lawyers in from the beginning because that’s a cost. Also, sometimes, when the trial is well on its way, you realize the trial judge raised an issue that nobody thought of. And you think, ‘Oh my gosh, nobody thought of this issue.’ Facing an evolving realization that there’s an important legal issue that’s troubling is when you should get an appellate lawyer involved.

What else do trial lawyers need to know today?

Few lawyers are aware that now, the review of whether the trial court should have granted the new trial will be based on the evidence in the record and cited by the trial court. That’s what lawyers need to be aware of: They must identify the evidence that will support the trial court if it grants a motion for new trial. But how much? Is it a little or is it a lot? That’s still percolating.

Old cases said a grant of a new trial “in the interest of justice” was not reviewable. Now, the trial court must state its reasons for granting new trial. This development happened a few years ago, but I’ve not sensed that it’s widely known. It’s been taught, but most people don’t think a motion for new trial is going to be granted. But be aware in case it is granted.

Justice Craig Enoch is a founding partner at Enoch Kever in Austin. He received his JD from SMU in 1975 and became district judge of the 101st District Court in Dallas County in 1981. In 1987, he was appointed Chief Justice to the Fifth Court of Appeals in Dallas and elected to that position in 1988. In 1992, he was elected a justice of the Texas Supreme Court, from which he retired in 2003. During his time on the bench, he tried 150 jury trials, several hundred non-jury trials, and handled appeals of civil and criminal convictions. He now represents litigants in trial and appellate courts throughout the State of Texas.