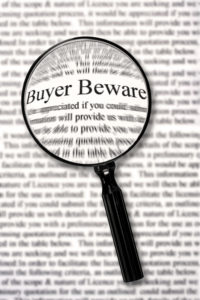 The Permian is a hotbed of deal activity, with the Dallas Morning News declaring that an “arms race” is breaking out to acquire the best acreage positions.

But what are purchasers really buying? Does the due diligence process move too fast (or not at all, making it an empty exercise)? Do purchasers really know that their title is good? Are they unknowingly wasting their money, only to discover that they have done so decades after the investment is made and the profits are owed to the True owner?

The Texas Supreme Court has now strongly moved to put the risk of title loss on the oil and gas interest purchaser or lessee, holding that a purchaser/lessee was not even entitled to a trial on the question of whether it had reasonably relied on the lessor’s own admitted misrepresentations about its title.

In an opinion delivered March 23, the court upheld the dismissal as a matter of law of the purchaser’s claims arising from title failure. In so doing, the court upended the rule that a seller always remains liable for its own fraudulent statements, instead placing the risk on sophisticated buyers.

According to the Texas Supreme Court’s opinion in JPMorgan Chase Bank, N.A., v. Orca Assets Group, LLC, No. 15-0712, 2018 WL 1440625 (Tex. Mar. 23, 2018), Orca had purchased six leases in 2010 covering 919 acres in the Eagle Ford from Red Crest Trust, with JP Morgan serving as the trustee. At the time the letter of intent for the leases was signed, Orca agreed to a provision not only negating any warranty of title, but also agreeing that the lessor would not have to return the lease bonus or any other payments made under the lease. The letter of intent also provided that Red Crest was prohibited from leasing to anyone else, and that Orca had 30 days to check title again before closing.

Before signing the letter of intent, Orca checked the property records on almost a daily basis to make sure the leases were open, realizing that the area of interest had been subject to intense leasing activity. On the day the leases were signed, Orca’s agent asked Red Crest’s agent if he was “sure these are all open.” He replied, after looking at his computer, “We’re good to go. They’re open.” Orca recorded the leases the next day.

However, Orca had stopped checking title daily after Red Crest was contractually bound by the letter of intent not to sign any other leases. As a result, it did not discover the prior lease taken on the same tracts six months earlier, because the lease was not recorded until three days after the letter of intent was signed.

Orca sued for breach of contract, fraud and negligent misrepresentation. The trial court dismissed all claims under an unusual provision, Rule 166(g), which allows the court to rule on matters of law. The Dallas Court of Appeals reversed, holding that the negation-of-warranty provision did not disclaim reliance on the prior representations that “title was good,” and therefore whether Orca’s reliance was reasonable could not be determined as a matter of law.

The Texas Supreme Court reversed the Court of Appeals, holding that even though the parties conceded that Red Trust’s agent had made a False representation, there could be no reasonable reliance based on the existence of “red flags.” In that case, the “red flags” came in the form of the warranty disclaimer, Orca’s sophistication, the size of the deal, and the fact that other companies were not doing careful title work and recording their leases on a timely basis.

The court held that even though the disclaimer of warranty did not expressly address the possibility that the lessor had already leased the premises, “no reasonable, sophisticated entity could read the [warranty disclaimer] and believe” the lessor’s representations about title. Id. (slip op. at 20).

What is so unusual about the Orca case?

What should you do now?